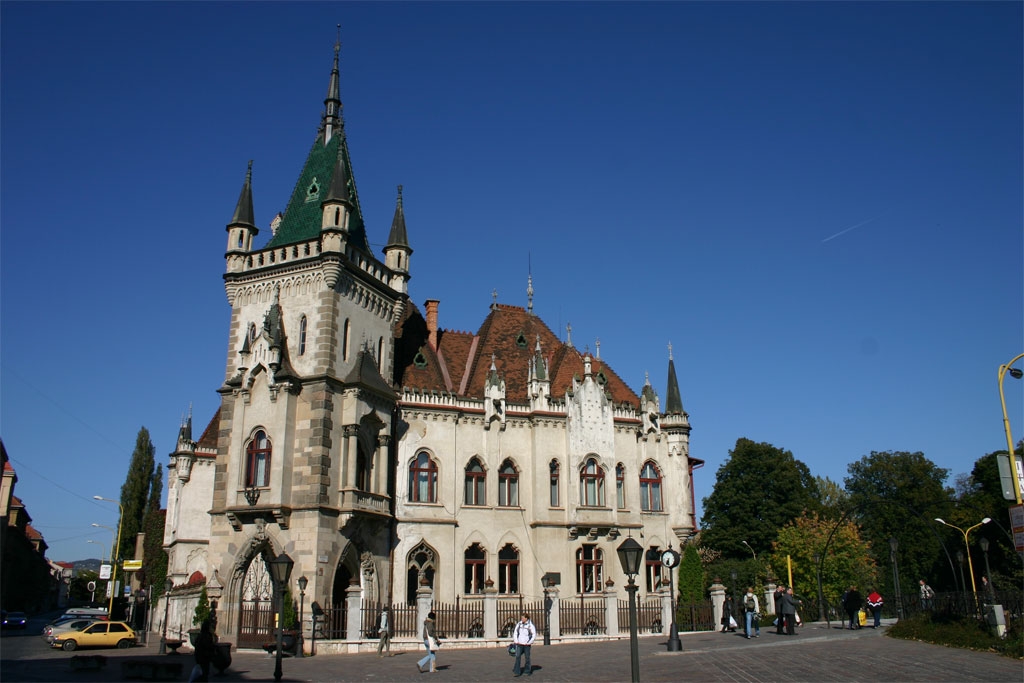 Jacob's Palace was built between 1899 and 1903 in the neo-Gothic style. It is located at the corner of Mlynská and Štefánikova streets (Mlynská street 30). It is named after the designer and first owner of the Palace - Ing. To Arpad Jacob. The architect Jakob built it according to the model of medieval buildings with the partial use of stone pieces discarded during the restoration of the Košice house at the end of the 19th century. The medieval design is imitated mostly by a square tower with four turrets above the main entrance, bay windows, roof, and similar accents.

The building has several entrances, the main one of which is the front entrance leading under the arcade and the vault of the basement from Mlynská street. Others are the side entrance from the front garden entrance adjacent to Štefánikova Street and three entrances from the courtyard. Near the left arch of the facade, there is a memorial plaque in honor of the Hungarian King Matej Korvín. The hall of the palace is in the oriental, eastern theme. The Jakab family lived here only until 1908. The building and the land were bought by an important Jewish architect Hugo Barkanyi. His manuscript includes several main places in the city of Košice (Mestské kúpalisko, Faculty of Law on Kováčská Street No. 26, Residential House on Biela Street No. 7).