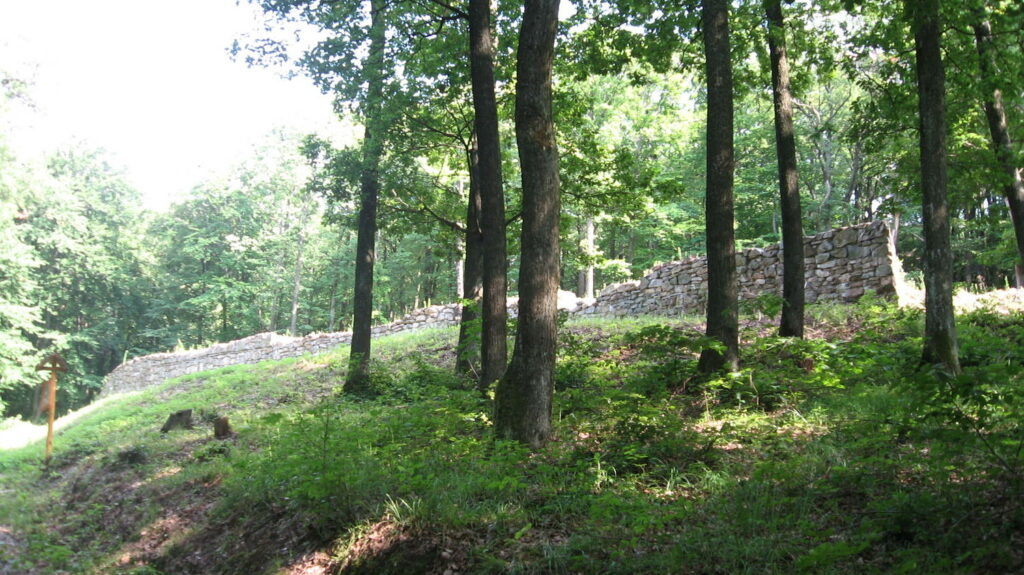 Košice Castle is located northwest of Košice city on the Hradová hill (466m). Its construction began in the 13th century, however it remained unfinished. There is almost no information in medieval manuscripts. Although, it is known that Košice Castle was sometimes mistakenly confused with the nearby Sokoľ Castle.

The first research was carried out in the 20th century. Archeologists and historians concluded the construction to be made between 1303 and 1307, and palatine Omodej Abu was considered the builder of the castle. The motive of the construction was to serve as a hostile position of the Košice city and the palatine himself during the beginning of the 14th century, when dynastic disputes over succession on the Hungarian throne were ongoing. The settlement ended the whole dispute, but the condition was not to build any new castles or other property without royal permission.

This mention was considered an indirect evidence of the construction of the castle on Hradová. It is also stated, that the fortified seat on Hradová was possibly an unfinished anti-Mongol refuge. Based on very little given information in the written sources, we can call Košice Castle a mysterious place, which hides not only secrets about the time of its origin or existence, its role in the Middle Ages, but also whether it was a castle at all and whether it was just an unsuccessful attempt to build a castle.

During 2011-2012, rather extensive research was conducted by the Archaeological Institute of the Slovak Academy of Sciences in Nitra and Mgr. Michal Šimkovic and Ing. Miroslav Matejka. The archeological research showed, that the Košice Castle is one of the largest in Slovakia. It has massive walls and towers with a height up to 3.8m and occupies a territory of 6.5 hectares.

The research has also shown that the upper terrace was used in the middle and late Bronze Age in the period of Gava culture. The farm buildings and the terrace was used as a high fortified seat. Other traces of human activity are already related to the medieval castle. The central building of the castle was a cylindrical tower, which stood approximately 75m from the highest point of the ridge.

Another possible relic of the inoperative building is situated approximately in the middle of the top ridge. It has a 8 × 4m floor plan. Remains of a massive tower with triangular floor plan have been found on the northern side of the fortress. This archeological research proved that the castle was indeed unfinished. The evidence of this is that the remains of some southern sections of the fortress cannot be explained solely by the later destruction or dismantling.

However, most sections were completed. This is evidenced by the fallen blocks of masonry, which prove that the wall originally had to reach a considerable height. It is unlikely that the castle was implemented in the early 14th century by Omodej family, as such large-scale castles didn't match the requirements of that time. . The extent of the castle corresponds more to the royal early medieval and high medieval castles, which were built before the middle of the 13th century (Nitra Castle, Bratislava Castle, Zvolen - Desolate Castle, Zniev, Spiš Castle). At present, there is a Košice Castle complex with an area of ​​about 6.5 hectares, which includes the castle stage, amphitheater and a visitor center.