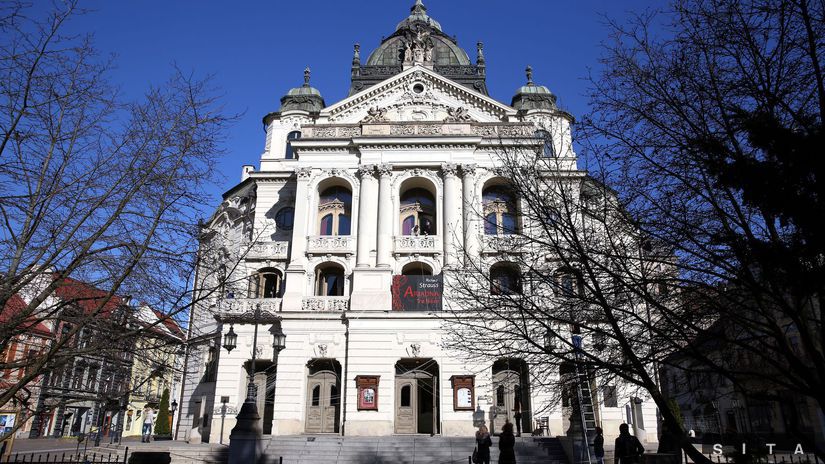 The characteristic building of the State Theater stands in the heart of the square. It is built with a strong Neo-Baroque accent, and the construction dates back to 1897-1899 according to the projects of A. Lang and A. Steinhardt on the site of the former theater building, shown in the years 1788-1790. Originally, the town hall was facing the building. The interior of the theater is richly decorated with stucco finery, the viewpoint is lyre-shaped. Ceilings are illustrated with paintings with Shakespear's plays; themes, such as Othello, Midsummer Night's Dream, Romeo and Juliet, and King Lear. P. Gastgebwas the author of all those paintings.

On the main facade of the building, there is a memorial plaque dedicated to the first director of the theater after the liberation - the national artist Janek Borodáč. The plaque is the work of the academic sculptor Juraj Bartosz. At this time - during the monarchy - the theater performed only in Hungarian.